PAST PARTICIPANTS
These awesome humans will be travelling to Malawi from all over the world this year to both, share their passion for free flight, and discover the riches of this beautiful culture and lifestyle.

Interested in the adventure of a lifetime? Check out our 2020 Pilot Opportunities

Lyndsay is an expedition paraglider pilot who travels all over the world, flying regions few have flown before. That's why when she was looking for opportunities in 2018, Malawi was at the top of her list.  During Lyndsay's two-month stay, she became heavily involved in the School of Dreams activities (women's tailoring project and youth internet center) and also took it upon herself to bring the power of light to hard working students in t

'As for why the project speaks to me, it has a lot to do with my ending up with two new toasters this year. Yes I like toast a lot, and sure there's a fairly reasonable explanation (one's a toaster oven,) but I realized at some point that nobody really needs two toasters.  We have so much luxury and comfort in our lives that not everybody shares, and I want to learn how to spread that around. And, with the state of politics in the US turnin

Newer to the paragliding community, Lorraine is a Canadian-born proud mother of three and grandmother of one. She began paragliding at the age of 48, proving that anything is possible if you set your mind to it.  She has been a tandem passenger for over 5 years, and is working on perfecting her skills as a solo pilot. Though she is not able to teach yet, she can mentor and assist in any ground handling!  An adventurer by nature, Lorra

South African born, Matthew van Zyl has been traveling around the world with my paraglider on his back and a pocket full of hopes and dreams of making it a better place for all, especially the kids.   Traveling with a paraglider has sent him to 15000 ft above the desert floors of Utah, to gently soaring on Hong Kong's dragon back, all the while, giving back to kids in the local community's by offering talks and demonstrations at local schoo 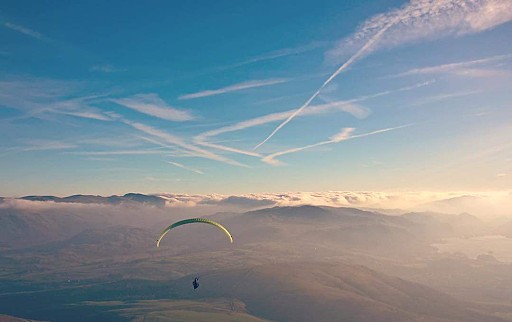 Meet Sam, a keen Adventurer and Paragliding Instructor from the UK.  Back home, Sam has transformed his love for the Great Outdoors and Teaching into his work, offering Bushcraft and Forest Skills programs to Schools and Youth Groups.  His inspiration to teach paragliding was partly motivated by Jordan's documentary, The Boy Who Flies, about helping young, Godfrey Masauli become

A paragliding instructor, and the mother of two beautiful children, Lua was born in Brazil and later moved to the United States to pursue her dreams of flying and filmmaking.   After breaking her neck in an unfortunate incident last September, Lua was forced to reconsider what mattered most in her life and was struck with the inspiration to share her love of paragliding with the world!  Now fully recovered and bac 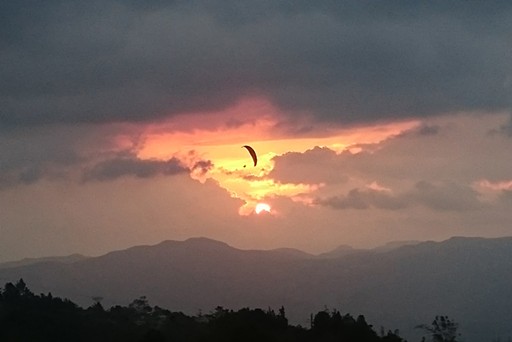 Canadian-born, World-traveller, Rafting-guide; Jon Free is happiest on a brand new continent, soaking up culture like a sponge.  He learned to fly many years ago while guiding the white-waters of Nepal and has since spent countless hours assisting paragliding instructors all around the world, from Colombia to Norway.  This year, Jon is inspired to become one of the first pilots to soar the Malawian skies and to volu